In Places Between, the Robyn Herrington Memorial Short Story Contest, has found a new home with its sponsor, Cool Covers.com and Brent Nichols, author and long-time IFWA member. You can find details of the contest in its new IPB Webpage. 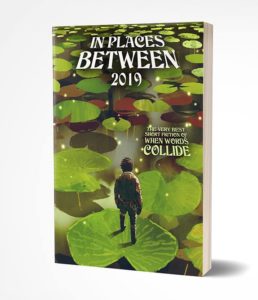 Also, as a fundraiser for In Places Between, Brent will publish a writing craft book entitled “Writing Better Fiction” and is soliciting articles from fellow authors. You can find details of how to send your craft article here. 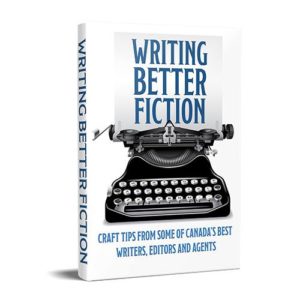 Both In Places Between and Writing Better Fiction will be available at the 2019 When Words Collide Festival to be held on August 9-11, 2019 (Tickets on sale now and going fast).

Below is the text of the latest Writer’s at the Improv ‘story’. Our panelists this time were Ed Willett, Dave Worsick, Kevin Weir, Katie Harse, and Tony King; Susan Forest was our scribe while Renee Bennet emcee’ed. Enjoy

FEAR AND ADHESIVES IN LOS ANGELES

Aunt Lur found herself in quite a sticky situation: a tar pit. (antler)

“If I poke her, will she do tricks?” said a wide-eyed little boy, holding his mom’s hand as he stared down at the La Brea Tar Pits-entrapped senior citizen, the rest of the tour group around him equally enthralled. (poker)

“If we pull her our by fall, lick all the tar off her and stick her in the ticket office, we’ll have a new employee.” (follicle)

“Skiing lessons this way,” shouted the tour guide, leading the tourists away while the La Brea employees began drawing lots to see who would do the licking honours. (skiing)

The pro, Boscus, and the high Biscus played ‘Rock, Tar Paper, Scissors’ to see whose tongue was expendable. (proboscis)

Biscus was too high to even notice pro Boscus, the slippery snake, had cheated, and gleefully agreed to slide down the slope into the tar pit and begin the oral cleansing. (slippery)

As Biscus struck the tar, the spirits of the land took him, fusing him with Aunt Lur into a raging beast of hate and stickiness. (spirits)

As the employees ran, it was that little boy who rose up as a champion, lifting his lollipop into the air to battle icky stick with tasty stick. (champion)

Ascending higher and higher, the little boy crashed into Aunt Lur, who engulfed him and the employees and the tour group within her hateful stickiness, while the high Biscus protested weakly from within the fusion and tried to take the lollipop as he was stricken by the munchies at the most inopportune time. Unfortunately, the story was interrupted by the sound of crickets and no one ever learned what happened. (crickets)

Please note that the persons responsible for this literary travesty were Ed Willett (in a team by himself), Kevin Weir and Katie Harse, and Steve Swanson and David Worsick. Congratulations, everyone.

The velociraptor raptly watched the velocipede rapidly wobbling down the vellum-covered roadway, licking its lips in anticipation of the veloci-repast it would enjoy when the velocipede crashed.

“Puce!” the velociraptor swore (for velociraptors swear using colorful words like that) when the velocipede’s velocity suddenly increased; his victim had seen him!

Just then the mysterious liquid in the lake at the end of the vellum-covered roadway began to effervesce.

“Martin! EEEEE!” screamed the boy on the velocipede, and from the bubbling lake rose a giant bearded head. (martini)

The velocipede hit the lake, the boy was catapulted into the beard of Martin’s giant head, and the velociraptor’s dream of turning the scene into a slaughterhouse died with a muttered, “Magenta!”

Things had not, however, ended happily ever after as a yawning cerulean vortex appeared in the effervescent lake, and Martin and the boy were pulled under the chartreuse waters with a hideous sucking sound.

Martin and his new companion found themselves in an upside-down world, colorless and so, as is well known, humorless.

“You petty, coat-dragging excuse of a theropodic meat-grinder,” shouted Martin, his maple leaf colored face displaying his rage, “I’ll blacken your gullet with bile for this!” (petticoat)

The object of his rage was a very small man in a gray suit, who blinked mildly at Martin and said, “I warned you when I asked you to co-sign the velociraptor’s deal with Satan that if you thwarted his appetite I would drag you into the underworld and harvest your soul.” (cosine)

At which point the boy leaped out of Martin’s beard and shouted, “Get thee behind me, Satan’s banker!”

And so pure was his soul that all concerned were transported to heaven on the spot.

Public Library Services Branch (PLSB) provided funding which made it possible to licence the ebooks for public use and PLSB has also acquired an online platform to host the collection.  Publishers, the BPAA and PLSB worked together to develop innovative licensing terms that, among other things, will allow simultaneous use of books.  Ebooks in the new collection will always be available for immediate use by library patrons.

The new ebook collection should be available for public use by the end of 2016.